The emotional distress of heartache or heartbreak can cause us to unconsciously begin to build an energetic wall around our heart as a form of protection. Unfortunately, once this wall is in place it becomes difficult for us to give and receive love in its truest form. This can lead to a complete disconnection from others, trust issues, commitment issues, and even interfere with our career.

This wall is made up of trapped emotions that we categorize as heart wall emotions. Everything from heartache, sadness, loneliness, betrayal, abandonment, sorrow and anxiety can be found in a heart wall. Every emotion in our chart can be found but it usually forms a theme and particular time frames of ones life.

By removing the heart wall, one layer at a time, the ability to love again and experience joy again becomes a reality instead of a long lost memory or fantasy. Life becomes sweet again and the heartache fades into the background. The giving and receiving of love becomes easier and you will find yourself radiating to a higher vibration that is very approachable!

Using this very advanced technology, scientists have been able to confirm some absolutely mind-boggling things about the heart that they never imagined!

Every beat of the heart sends messages to all the cells of the body!
The brain in your head obeys the messages sent by the heart!
The heart can “think” for itself!
The heart has the ability to "remember" things!

It appears that ancient societies and cultures understood more about the human heart and its capabilities than we have. In most ancient cultures for example, the heart was understood to be the seat of the soul, the core of our being, the source of love, and the source of all of our creativity.

If the heart were merely a pump, as so many in our modern world think it is, then what do these ancient writings mean? Are they simply poetic license? New research says no!

Scientists now believe that the heart is actually a “second brain.” This understanding first began coming to light when heart transplants began to be a fairly common procedure. Our transplant recipients would sometimes receive the affinities, the memories, and the laws of the donor, along with their new heart!

A 47-year-old Caucasian male received a heart from a 17-year-old African-American male. The recipient was surprised by his new-found love of classical music. He discovered later that the donor, who loved classical music and played the violin, had died in a drive-by shooting, clutching his violin case to his chest.
A man of 25 received a woman's heart and now (to the delight of his girlfriend) has a consistent and powerful need to shop.
Paul Oldam, a lawyer from Milwaukee, received the heart of a 14-year-old boy and inherited a strange new craving for Snickers.
A seven-year-old girl had recurring nightmares about being killed after receiving the heart of another child who had been murdered. Her descriptions of the murderer as well as the murder weapon led to the arrest and conviction of the killer.

There may have been times in your own life where you have felt that physical sensation we refer to as “heartache.” This feeling of pressure or discomfort in the chest and throat occurs when the deepest part of us is under assault, typically when someone is hurting us or were feeling a deep sense of grief, hurt or loss. I believe that the heart is actually the core of our being, just like the ancients believed. And I think that the spirit with in us does not like this feeling, this assault on our core. I believe that if you have this experience more than a couple of times in your life that your subconscious mind will form an “energy wall” to protect your heart against further heartache and against further assault. We refer to this wall of energy as the “Heart-Wall.”

But what if you have a Heart-Wall?

My wife paid a heavy price for having that Heart-Wall all those years. She'd always felt a bit numb to emotions. She always wondered why she couldn't feel things as deeply as other people. When she was with friends, she never quite felt like she really belonged. Even the people she'd known all of her life, she always felt somewhat expendable, as if she were on the outside looking in. Until her heart wall was released, that is.

When the last trapped emotion was released from her Heart-Wall, she suddenly had the sensation that she belonged. That she was on the inside looking out in her social relationships. Emotions took on a new richness and she was able to feel on a new level.

I have found that the Heart-Wall hampers your ability to give and receive love and to feel good emotions. Having a Heart-Wall contributes to feelings of isolation, and can create depression as well as other problems.

My experience is that approximately 93% of people have a Heart-Wall! do you?

What Happens When you Get Rid of Your Heart-Wall?

"As I reflect back on the time after my Heart-Wall cleared, I realize things weren’t the same. I began to open myself to the idea of having someone in my life “to have and to hold” and to care for as he would care for me. It happened on the feeling level. Finding someone to share my life with just felt like the next step. There was a new readiness that I hadn’t felt before. It must have been the removal of that invisible wall – that I had not even known was there – that allowed me to let this wonderful man in. So for all of you who think women cannot marry after “a certain age,” get your Heart-Wall cleared, stay open to the possibilities life has to offer and remember my story. We are now approaching our 5th anniversary, have just moved into our new home on the California Coast overlooking the ocean and Catalina Island and are living the fairy tale." Thank you, Dr. Nelson. - Lynn R., California

"I now feel safe inside deeply in my body, heart and mind. I also feel comfortable in crowds. The deep deep sadness, anger and confusion I felt my whole life is gone. Gone gone gone....thank you from the bottom of my (now heart-wall free) heart!" - Lalonnie

"My son was diagnosed as being clinically depressed at only nine years old. Nothing was helping him... If skepticism had kept me away from this type of treatment, I would still be parenting a very sad and frustrated little boy with no solution in sight. Instead, I have found a treatment that has literally saved him. Thank you!!" - Connie J.

If you're like most people, when you graduated from high school or college somebody probably told you to “Follow Your Heart.” I believe that this is the best advice that anyone could ever give you. But what if you have a Heart-Wall?

Your ability to find success will be hampered if you have a Heart-Wall. Many people have found success after having their Heart-Wall removed!

“I´m feeling an awesome difference since I released my Heart Wall. To begin with, my self-esteem has gone up to the sky. Secondly, I’ve been having one creative idea after the other… I feel the driving force, which seemed to have left me long ago, is back again, with a lot of strength. I cannot really express how grateful I am to you and to God, in first place, that led me to find you and your work.” - Elena

"I was not allowing myself to have financial freedom and while I loved my work, it wasn’t bringing me the financial success I desired. I read the book and found myself doing the processes daily for a few weeks. During that time, so much began to open up... Very soon after, everything began to change in my life. I now have a successful speaking and coaching practice – supporting women in reinventing themselves in midlife. My finances have dramatically altered and even my health has improved. I’ve spent hours in therapy with less dramatic results than this simple practice. Dr. Bradley is onto something huge…! "- Dr. Toni LaMotta

I believe that the single most important thing you can do for yourself is to get rid of the trapped negative emotions that are forming that “wall” around your heart. The Emotion Code is the only way that I know of to do this. It is the simplest, most efficient method of releasing trapped emotions ever devised. Muscle testing with The Emotion Code can be learned by anyone, without any previous training. The release of trapped emotions is permanent, and it works for all ages. 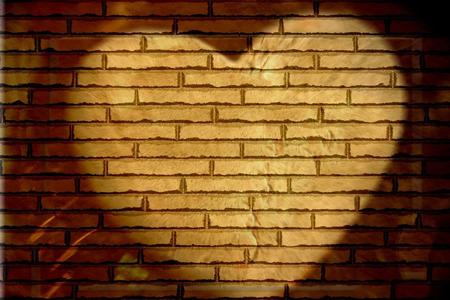